Native It’s Your Game (N-IYG) is a web-based HIV, STI, and pregnancy prevention curriculum for American Indian and Alaska Native (AI/AN) youth ages 12-14. N-IYG is comprised of thirteen 30-50 minute interactive lessons, which can be used in the classroom, or as an extracurricular program. The program teaches about healthy relationships, life skills, communication, and refusal skills using interactive activities, videos, games, personalized “journaling” activities, tailored feedback, and individually tailored activities. It emphasizes abstinence, but also teaches learners how to protect themselves from pregnancy and sexually transmitted infections using medically accurate information. 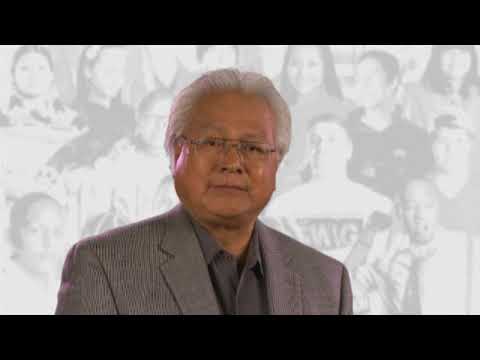 No training is required to facilitate Native It’s Your Game.

There are 3 options to enroll youth on our new and improved Native It’s Your Game Web Portal:

The Facilitator’s Manual can be downloaded on the Lesson Plan tab.

Native It’s Your Game (Native IYG) is the product of a collaborative partnership between the Alaska Native Tribal Health Consortium (ANTHC), the Inter Tribal Council of Arizona, Inc. (ITCA), the Northwest Portland Area Indian Health Board (NPAIHB), and the University of Texas Health Science Center at Houston (UTHealth). In 2009, Tribal Health Educators acknowledged the need for a sexual health program designed specifically for use in Indian Country and identified It’s Your Game, Keep it Real (IYG) as an option. IYG was created by the University of Texas Prevention Research Center, as an evidence-based, multimedia program designed to improve healthy decision-making while reducing teen pregnancy and STI/HIV.

The collaborative partnership between ANTHC, ITCA, NPAIHB, and UTHealth received funding from the Centers for Disease Control (CDC) and the Administration for Children and Families (ACF) to adapt a promising computer-based version of IYG, called It’s Your Game-Tech (IYG-Tech) to a more culturally appropriate version as a part of two four-year studies.

Adaptation: Surface changes, which are tangible and superficial, included: featuring AI/AN youth in the program, adding traditional music, and including culturally relevant settings. Deep changes, which reflect the underlying values and beliefs of the culture, included: adjusting the context of risky situations to reflect circumstances in which AI/AN youth are more likely to find themselves, improving skills to avoid drugs and alcohol, and improving skills to avoid/address unhealthy relationships. Deep changes also included the representation of Native elders and a Native health educator. Elder video introduced the curriculum and sensitive lessons, referencing a holistic health model consisting of physical, emotional, social, mental, and spiritual dimensions of health. In addition, parents and youth input guided the development of a parent-child component comprised of newsletters, homework, and community events to supplement the Native IYG program.

Post-adaptation: Post-adaptation usability testing was conducted with AI/AN youth (n=45) and adult stakeholders (n=25). Lessons were rated by youth as easy to use (79-100%), paced just right (58-100%), correct and trustworthy (77-100%), and understandable (74-100%). The majority of students liked the lessons (68-94%) and indicated the lessons would help them make better choices (73-100%). 54-86% of youth respondents reported that Native It’s Your Game meets the needs of AI/AN youth. Youth and adults responded favorably to the adapted program, they felt that it would be appealing and relevant for AI/AN youth, and that most tribal communities would support implementing the program.

Native It’s Your Game (Native IYG) was adapted and tested as a part of a four year randomized control trial funded by the Centers for Disease Control (CDC). The study was a collaboration between the Alaska Native Tribal Health Consortium (ANTHC), the Inter Tribal Council of Arizona, Inc. (ITCA), the Northwest Portland Area Indian Health Board (NPAIHB), and the University of Texas Health Science Center at Houston (UTHealth) School of Public Health. The purpose of this study was to evaluate the reach and impact of Native IYG, a culturally sensitive online 13-lesson middle school HIV, STI, pregnancy prevention curriculum for AI/AN youth. The study hypothesis was that completion of Native IYG would significantly impact short-term psychosocial outcomes of sexual initiation (knowledge, self-efficacy, attitudes, beliefs, friend perceptions, parent-child communication and attitudes, and intentions) in AI/AN youth (12-14 years) completing the program compared to those AI/AN youth not using Native IYG.

In each region, recruitment, data collection, and implementation of Native IYG was coordinated by regional tribal organizations ANTHC, ITCA, and NPAIHB that collectively serve 295 regional AI/AN tribes. Convenience sampling was used to recruit AI/AN communities that were interested in participating in an early adolescent sexual health trial. Twenty-five sites agreed to participate with a total of 523 AI/AN youth aged 12 to 14. Sites comprised urban (n=13) and rural settings (n=12) and included schools, tribal community centers, and after school, and summer youth programs. Sites were randomized to an intervention (Native IYG) condition (n=14) or to a comparison condition featuring a suite of online interventions (n=11). Participants were surveyed at baseline and upon completion of either the intervention or comparison programs from 2012 to 2014. Multivariable linear regression models were used to assess the impact of Native IYG on short-term psychosocial outcomes.

A sample of 402 AI/AN youth completed an online post-intervention survey (76.9% retention) either in the intervention (n=290) or comparison condition (n=112). The sample was 55.5% female, mean age of 13.0 (± 0.97) years with 86.1% self-reporting as AI/AN. Five psychosocial variables (of 16 examined) were significantly impacted including increased reasons not to have sex, increased STIs and condom knowledge, increased condom availability self-efficacy, and increased condom use self-efficacy (P ≤ .01). Limitations included variability in intervention exposure and time between data collection time points. This study demonstrates the efficacy of Native IYG to impact short-term psychosocial outcomes of sexual behavior in AI/AN middle school youth.

This is a great program! It has given many of the students the information that they were seeking, but were afraid to ask the questions.  This program has also opened the door for discussion with parents – their children were able to show them fact sheets – and has helped them discuss their concerns.  I have an even closer relationship with my own children. We were able to discuss some of the fact sheets and now I feel that this has helped in my own home to move things in a more positive direction in our communication with one another.