Native VOICES (Video Opportunities for Innovative Condom Education and Safer Sex) is a 23-minute video, designed to encourage condom use and HIV/STI testing among heterosexual, and LGBTQ2S (Lesbian, Gay, Bisexual, Trans, Queer, and Two Spirit), American Indian teens and young adults 15-24 years old. The video shows Native role models in situations that youth can relate to – playing basketball, at a party at a friend’s home, traveling between urban and rural environments, and seeking advice from older family members and friends. The video demonstrates how to negotiate condom use with a partner, and stresses the importance of talking with partners about sexually transmitted infections. 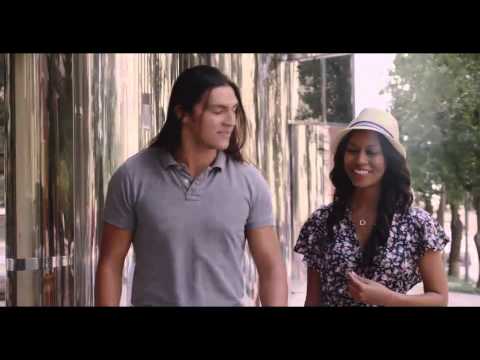 No formal training is required.

The Native VOICES intervention was adapted from two evidence-based interventions (EBI) recognized by the Centers for Disease Control and Prevention (CDC): Video Opportunities for Innovative Condom Education and Safer Sex (VOICES) and Safe in the City.

During the first two years of the project, the Northwest Portland Area Indian Health Board partnered with two NW Tribes and one Urban Indian clinic to carryout focus groups and key informant interviews with teens and young adults, to better understand their knowledge and attitudes towards sexual health. Young men who have sex with men (MSM) and young women who have sex with women (WSW) were also consulted, to ensure their perspectives and concerns were reflected in the video. Personnel at tribal health departments, tribal clinics, schools, and other youth-serving programs were also consulted to ensure the resultant intervention could be practically implemented and sustained over time.

During the third year of the project, AI/AN teens and young adults from across the U.S. read or reenacted iterative drafts of the adapted script, and provided feedback on the characters, scenes, tone, and dialogue. The adapted Native VOICES video was shot on location in Oklahoma City in August 2013.

In 2014, the Northwest Portland Area Indian Health Board partnered with nine tribes across the U.S. to evaluate the effectiveness of the Native VOICES intervention. The sites included schools, youth centers, and tribal centers in Oregon, Minnesota, California, Mississippi, Montana, Arizona, Idaho, and Washington. The sites were randomized into one of three study arms:

Arm 3. Fact sheets, plus the Native VOICES video, plus a facilitated discussion (intervention+).

Together, the sites recruited and consented nearly 800 AI/AN youth 15-24 years old to participate in the study. Changes in participant knowledge, attitude, intention, and behavior were evaluated using pre-, post-, and 6 month follow-up surveys. The Native VOICES video had a positive, sustained impact on Native youth. Youth who watched the video (n=443 respondents) expressed high levels of satisfaction with the Native VOICES intervention. Over 90% felt the video was culturally appropriate for AI/AN people. Over 75% found it to be entertaining or highly entertaining. And 86% felt the characters, scenes, and situations in the video were realistic.

The intervention produced statistically significant improvements in STD knowledge, attitudes towards condoms and dental dams, and self-efficacy towards condoms and dental dams, which were retained at least 6 months. The video alone was effective for all three constructs evaluated, and may be better at improving STD knowledge than the video with a facilitated discussion.

Native VOICES is the first Evidence-Based Intervention recognized by the Centers for Disease Control and Prevention for preventing HIV and other STDs among American Indian and Alaska Native youth.

I really believe that the modules in the curriculum are great in how the flow in the timeline of adolescent development. I also find that this curriculum is adaptable to the small rural towns that border and neighbor tribal communities; as the cultures for both have strikingly similar barriers to education based on socio-economic status.