Respecting the Circle of Life: Mind, Body & Spirit (RCL) is an STD/HIV and pregnancy prevention program for Native American youth between ages 11 and 19 and their parents or other trusted adults. The primary goal of RCL is to give youth the knowledge and skills they need to protect themselves from unplanned pregnancy and STDs, including HIV. The program also covers decision making, values, goal setting, communication, and how to talk with parents or other trusted adults about sexual decision making.

Respecting the Circle of Life is adapted from Focus on Youth + ImPACT (Informed Parents and Children Together), an evidence-based intervention for HIV risk reduction proven among urban African-American youth and replicated in cross-cultural contexts around the world. The Johns Hopkins Center for Indigenous Health worked with Native American community members to adapt Focus on Youth + ImPACT for use with Native youth and families. 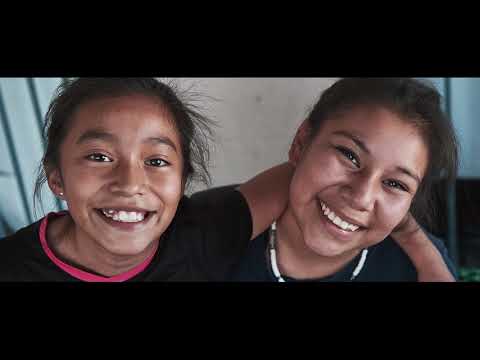 The Center for Indigenous Health is now disseminating RCL through ETR, a nonprofit organization that helps scale up science-based solutions in sexual and reproductive health and other areas. Communities can purchase the program through ETR’s catalog, which only includes programs with proven evidence. This is the first program developed for Native American communities in ETR’s catalog.

Educators can be trained in-person or complete an online self-paced Training of Educators that gives educators the knowledge and skills to implement the Respecting the Circle of Life curriculum effectively and with a high degree of fidelity. Educators can work through the e-learning modules at their own pace, with plenty of reinforcement and opportunities for review along the way. Subscription access to the training is provided with both the digital and print editions of the program. As part of the kit, the Center for Indigenous Health created a comprehensive implementation guide including recruitment materials, camp schedules, and a month-by-month planning guide.

Please see the Johns Hopkins Center for Indigenous Health Contact Information for more information or technical assistance for the Respecting the Circle of Life curriculum.

Respecting the Circle of Life is adapted from Focus on Youth + ImPACT (Informed Parents and Children Together), an evidence-based intervention for HIV risk reduction proven among urban African-American youth and replicated in cross-cultural contexts around the world. Johns Hopkins Center for American Indian Health worked closely with a tribal community and key tribal stakeholders in the Southwest to adapt Focus on Youth + ImPACT for cultural appropriateness, relevance, and inclusivity and to ensure alignment with Native values and health belief systems.

One of the first sexual and reproductive health programs to be developed and rigorously evaluated with American Indian adolescents, Respecting the Circle of Life (RCL) was culturally adapted by Johns Hopkins University Center for American Indian Health from an evidence-based intervention for STI/HIV risk reduction called Focus on Youth + ImPACT. Based on Protection Motivation Theory, the FOY + ImPACT program was originally developed in Baltimore and evaluated with urban African-American youth.

The Center collaborated with their tribal-academic research partners to adapt the program for use with Native American youth and families, and to include a focus on the prevention of unintended pregnancy in addition to STI/HIV. The Center conducted formative research to adapt FOY + ImPACT  inclusive of focus groups with Native youth and parents, as well as input and collaboration from tribal stakeholders through a Community Advisory Board comprised of diverse members of Tribal Governance, Indian Health Service, and community-based organizations.

Despite health disparities, including high teen birth rates and repeat teen births, Native communities and ways of life are laden with strength-based practices that promote overall health and well-being. In most Native communities there is strong familial, cultural and community attachment  resulting in an inherent support system for youth during adolescence. Key factors protecting against sexual risk specific to Native communities include positive cultural identity, self-esteem, having future aspirations and an absence of internalizing and externalizing behaviors.  Research shows programs building on these strengths are both desirable and impactful in Native communities.

In addition to being strength-based, programs aiming to change the sexual behaviors of Native youth and adolescents need to work across key precursor domains of behavior change. These domains, well-established in the literature for both Native and non-Native youth include knowledge, self-efficacy, intention, partner negotiation skills and communication.

Between 2016 and 2018, a total of 534 Native youth ages 11 to 19 and their parents/trusted adults were enrolled in a randomized controlled trial (RCT) of the 9-session Respecting the Circle of Life (RCL) STI/HIV and teen pregnancy prevention program. Participants were randomized to receive RCL or a 9-session control program focused on fitness and nutrition. Youth were enrolled across three annual cohorts (2016, 2017 and 2018); each cohort was followed for 12 months. Each youth selected a parent or other trusted adult participant (e.g., grandparent, aunt/uncle, older cousin, older sibling, etc.) to enroll with them in the study.

Participants were recruited via community outreach including local events, posting flyers in the community and radio announcements. Youth were eligible if ages 11 to 19, of Native American ethnicity (self-identified), and an enrolled member or resident of the participating tribal community.

RCL was implemented during an 8-day summer basketball camp, followed by a 9th lesson delivered at home to the youth together with their parent/trusted adult. Native paraprofessional facilitators from the participating community were selected as facilitators and highly trained in RCL content and classroom management prior to the intervention. The first eight RCL sessions were delivered to peer-groups of youth (e.g., youth of the same age and sex, with 8 to 12 youth per peer group) once per day at camp by two facilitators per group. The 9th youth-parent/trusted adult session was delivered at home within 3 months after camp by one of the facilitators who led the youth’s peer group. Participants completed assessments at baseline, 9 months and 12 months post-intervention.

Results indicate that RCL has strong evidence of effectiveness for the prevention of teen pregnancy in Native American communities.

Compared to the control group, youth who received RCL:

Results suggest that RCL implementation with Native youth and families can promote healthy conversations around sex during a critical period of development when youth may begin initiation of sexual activity. These findings mimic those of Stanton and colleagues (developer of FOY + ImPACT), who showed that the intervention impacts of FOY could be enhanced and extended with the addition of a parent/trusted adult component, and are consistent with the literature demonstrating the importance of parents and family in Native youth decision making.

"It is easier to talk about sex and pregnancy with my son since he went to RCL camp."